If you’ve tried everything, but still can’t seem to improve your sleep it could be time to consider whether you may be one of the many Australians that suffers from a sleeping disorder.

These ten sleeping disorders affect people on a regular basis.* They are more common than you may think so if you are affected by one of these conditions, speak with a doctor.

1. Insomnia
Insomnia is when it is hard to get to sleep or stay asleep. Often, the cause is discomfort from an illness. Other times, it can be feeling upset, sad or stressed. In these cases, what needs to be done is to get rid of the cause. But in other cases, there is no obvious cause. Here it can help to adopt good sleep habits. If this is not enough, there are more complex treatments. One of these is known as cognitive behaviour therapy, which requires treatment from a skilled therapist. Sedative drugs will only work in the short term.

2. Snoring
Snoring is a common problem. It affects up to 40% of men and 20% of women on a regular basis. It gets worse with age and weight gain. Someone who snores can disturb their partner’s sleep, which can cause distress for both of them. Many regular snorers also have obstructive sleep apnoea.

3. Obstructive Sleep Apnoea
This means losing your ability to breathe freely. It happens over and over while asleep. It is caused by a narrow, floppy throat. Most people who have sleep apnoea snore too. The period when the sleeper has trouble breathing ends with them waking up. This arousal is often very brief with no memory of it. But arousing over and over like this disrupts sleep and causes excessive tiredness during the day. There are treatments that work. These include weight loss, cutting down on alcohol, dental devices and continuous positive airway pressure (CPAP) therapy.

4. Sleep Hypoventilation
The muscles that we use to breathe need to be told to do so by the brain. When we sleep, there is less drive to do this from the brain. This means that people who have breathing muscles that are weak or under excessive load from severe lung disorders or obesity may not breathe strongly enough during sleep. This is known as sleep hypoventilation. With no treatment, this can lead to breathing and heart failure during the day. Devices to help breathing during sleep will work in treating this. This treatment is called non-invasive positive pressure ventilation.

5. Restless Legs Syndrome
People with restless legs syndrome have uncomfortable feelings in the legs. The only way they can stop these is to move their legs. How severe it is tends to vary over the day. The worst time is from the evening through to the early hours of the morning. For some people, it can make their sleep a lot worse. Sometimes it is caused by the body not having enough iron. There are several medications that can help stop it.

6. Bruxism
This involves grinding of the teeth during sleep. It is quite common. If not treated, it can cause permanent damage to the teeth and jaw discomfort. Often people who have it aren’t aware of anything. If they use dental guards they can protect their teeth.

7. Narcolepsy
About 1 in 2000 people has narcolepsy. It relates to unstable switching between being awake and asleep. People who have it can feel more sleepy more often than they would like, but may have disrupted sleep as well. People with it can also hallucinate. This happens when falling asleep or waking up. Sometimes when they wake up, they can’t move for a moment. This is called sleep paralysis. They can also have what is known as cataplexy. This means sudden feelings of muscle weakness. They only last a moment and happen after laughing or feeling a strong emotion. Not everyone with narcolepsy has all these problems. Drug therapies can work very well. Sleep paralysis can occur by itself with no relation to narcolepsy.

8. Sleep talking, sleep walking and other automatic behaviours
There are many things that we normally only do when we’re awake. These include walking and talking. But some people do these things while asleep too. This happens when they only partially wake up. It is common for this to happen in children. These problems usually go away by the time they become adults, but sometimes they don’t. There are other complex behaviours that can happen while asleep e.g. binge eating and sexual behaviour. They can be embarrassing or worse for both the person who does them and their partner. There are treatments that work for these problems.

9. Nightmares and night terrors
These also happen because of not fully waking up. They are much more common in children than adults. They can be very disturbing for the person who has them and those around them. They can also make people anxious about going to bed. Poor sleep habits make them worse. In general, counselling will make things better. Every now and then, medications are needed.

10. Rapid eye movement behaviour disorder
The period when we sleep can be split up into several phases. Dreams happen most often in a phase called REM sleep. REM stands for Rapid Eye Movement. At this time all limb muscles are usually relaxed, however in REM sleep behaviour disorder the muscles are active. People who have this will act out their dreams. This can involve violent movement and lashing out. There is a threat of injury to both the person who has it and their partner. There are treatments that work well for this.

Join us as we explore ways to look, feel and perform better using the power of sleep!

We've partnered with a bedding specialist near you! 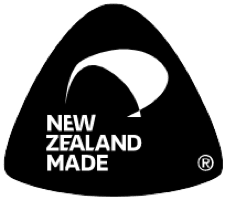